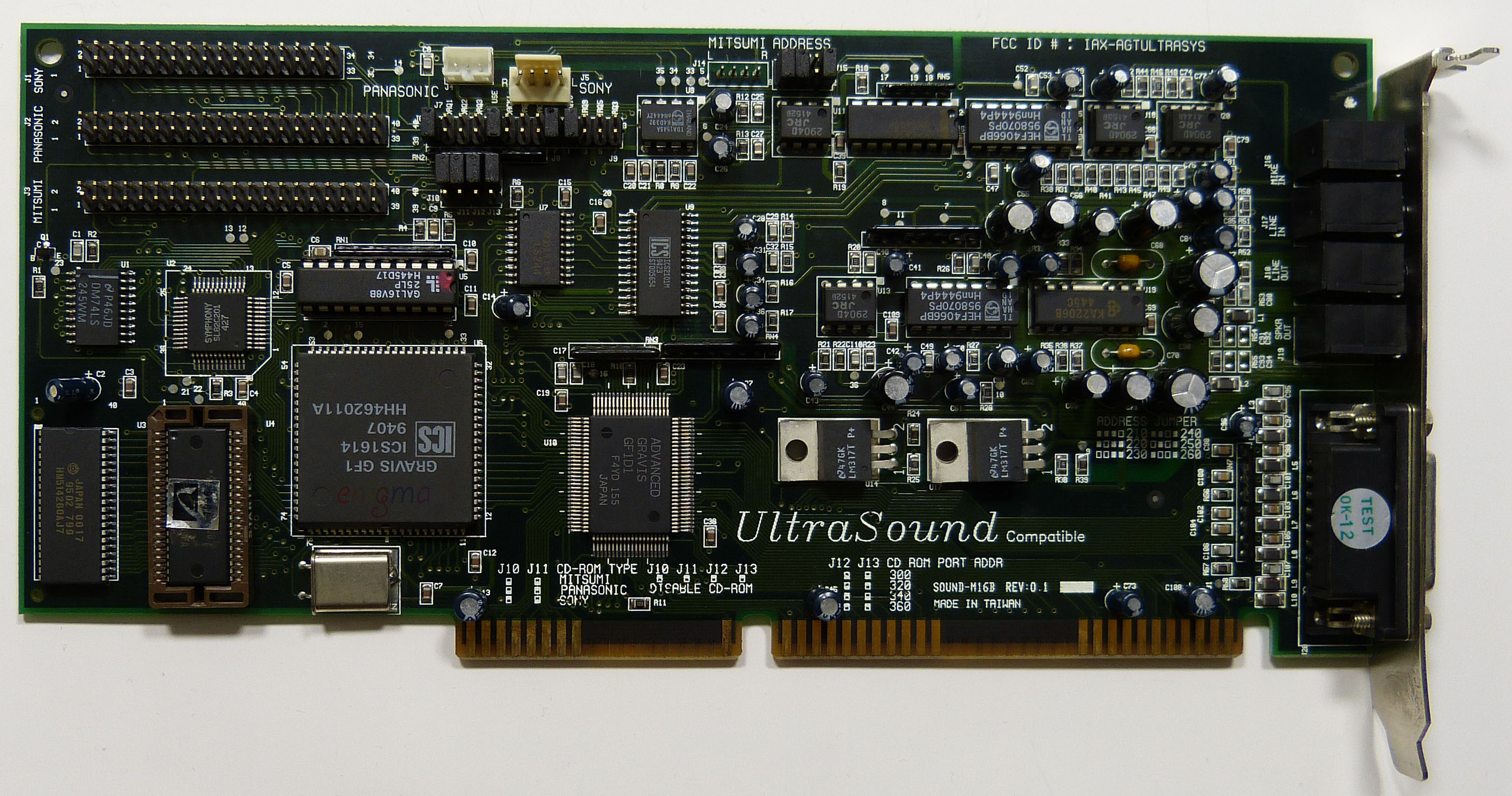 This card adds a mixer chip to control the volume of the input/output. It has multiple CD-ROM interfaces. The remaining card is fully GUS compatible and has the internal GUS version 3.7. It was sold later by Gravis themselves as GUS CD3. Marking SOUND-M16B. The Gravis Ultrasound uses a different approach as Creatives Soundblaster Series. The GF1 is a fixed-function DSP that can play only samples from its own RAM. From there it can interpolate and mix 32 independent channels that are upsampled to the output sample rate. When using more than 14 active channels the output sample rate goes gradually down from 44100 Hz to 19293 Hz when all 32 channels play.
This design makes the card perfect for tracker style music. When software has native support it can use the card to play nearly without CPU load music. (only note changes have to be transmitted)