In 2015 I acquired a NexGen system from a generous donator. The original ASI Computer desktop case looked rather used and included some very low end speakers as it was common due to the multimedia hype in the early 90ies. The sticker on the back showed that it was sold as generic "586 / 90" computer and had a Quantum 850 MB drive which was not present anymore.


The board is Baby-AT form factor and has two VESA Local Bus slots and seven ISA slots. The chipset is NexGen NxVL as ceramics IC. The CPU is a NexGen NX586-P90 running at 84 MHz with 256 kB cache. The six PS/2 RAM slots allow up to 192 MB. The BIOS is an American Megatrends NexGen Nx586 ISA BIOS which is internally one of the infamous WinBIOSes (graphic windows, mouse control). The CMOS is backed luckily by two CR2325 cell batteries, so no battery damage here. The board has no socket for a FPU. Everything is dated to late 1994.

The new case looks rather unimpressive:

Let's have a look inside:


A look at system information/benchmarks: 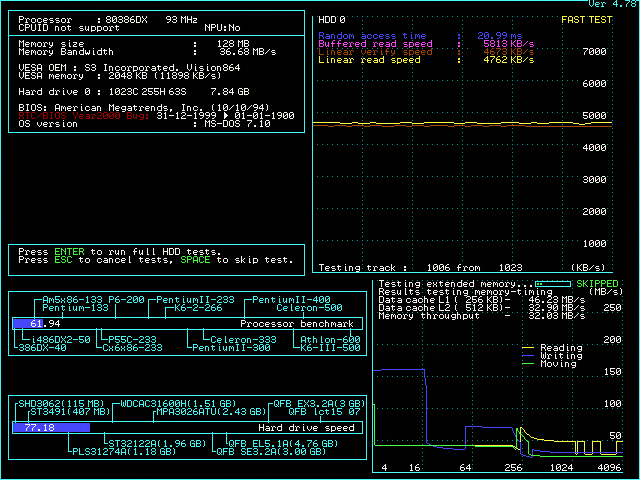 Speedsys seems to be unable to identify this CPU and shows a 386DX at 93 MHz - a good guess. The memory bandwidth of ~37 MB/s shows the 486 age origin. This is in line with the Memory throughput score in the lower right panel at 32 MB/s. As reference my 486DX2-66 VLB shows there 29.5 MB/s and my 486DX2-66 PCI system 38 MB/s. The HDD performance is good with 4.8 MB/s linear read. The memory performance curve shows that speedsys has problems to measure the speed within the 256 kB cache reliably. 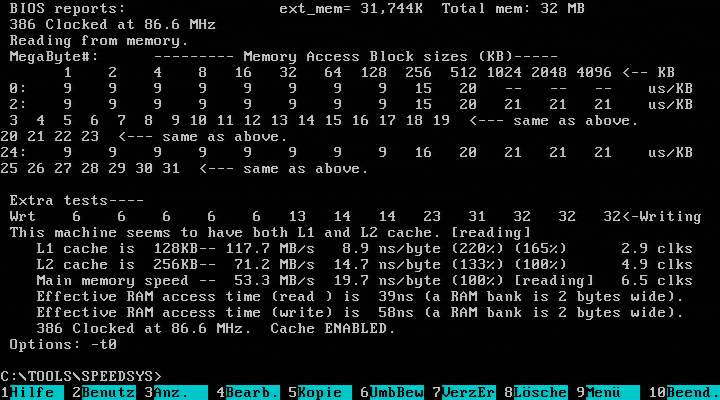 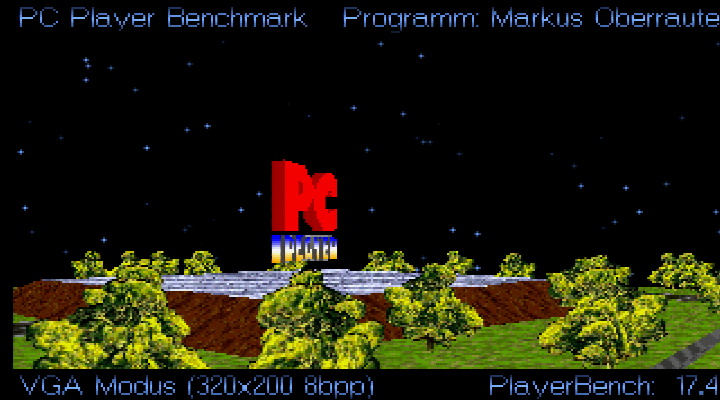 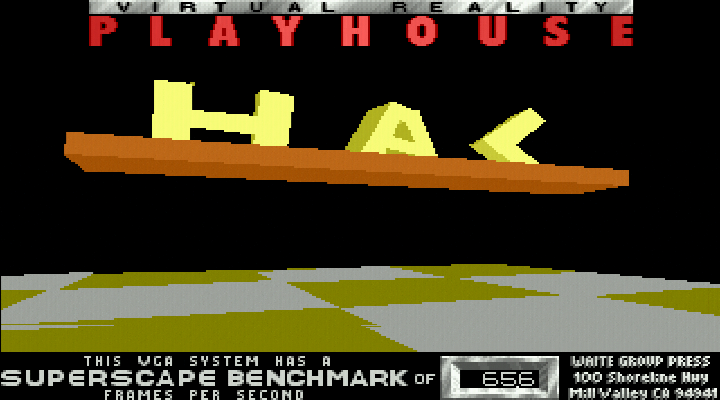 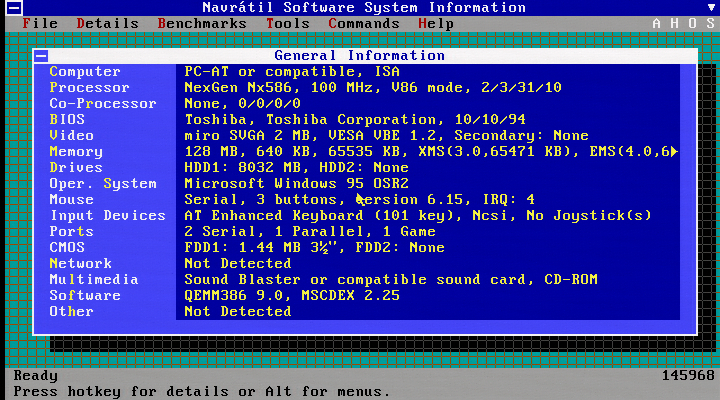 NSSI detects the CPU, however is wrong for the clock. 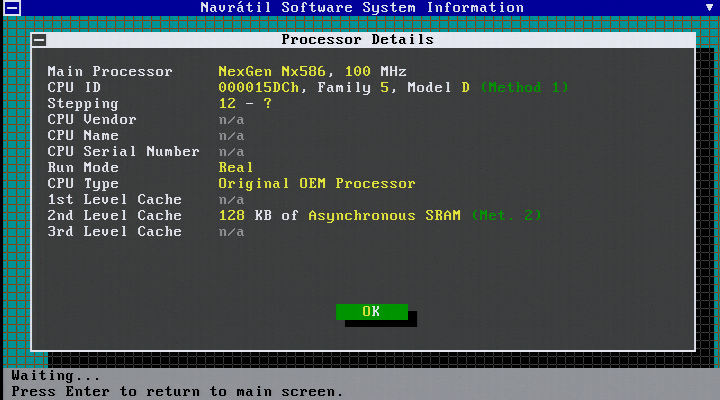 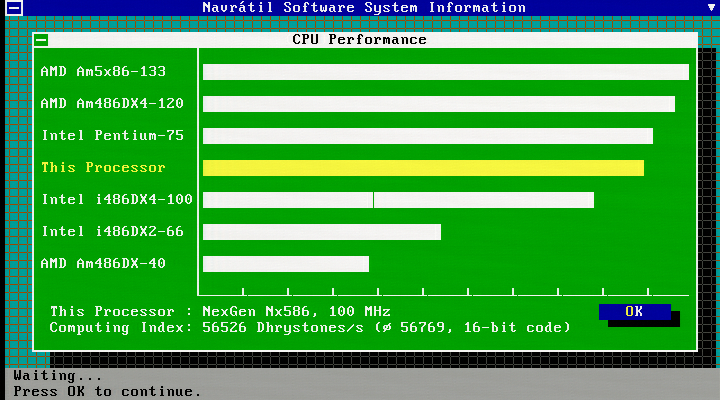 Dhrystones are very close to a Pentium 75 MHz. 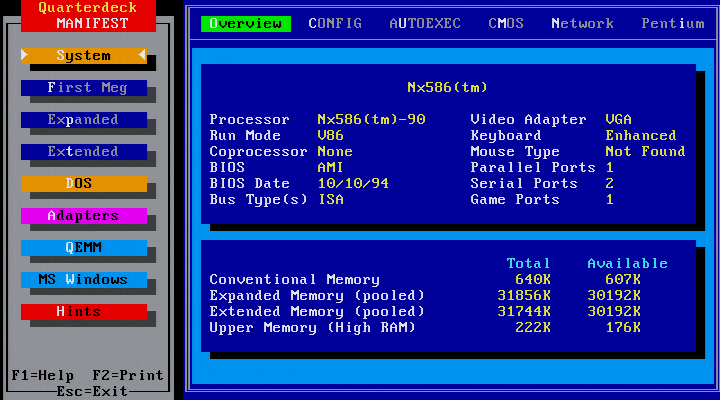 You can rely on Quarterdeck Manifest for the CPU detection. 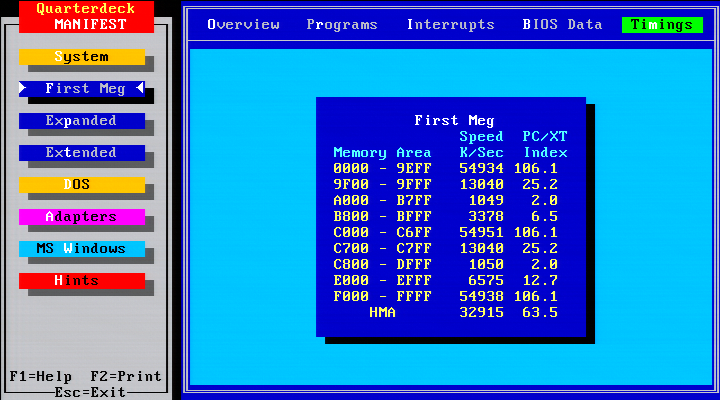 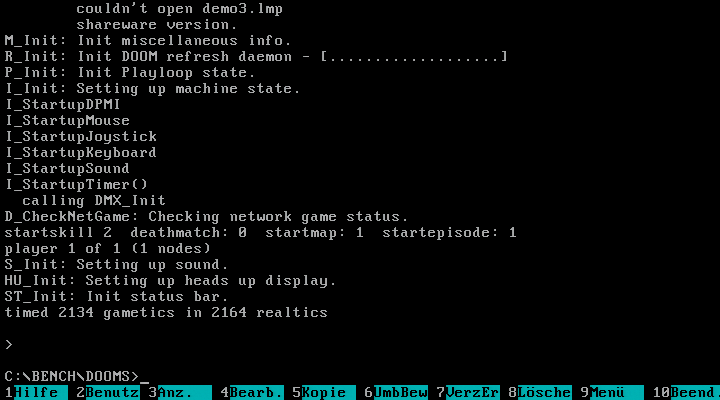 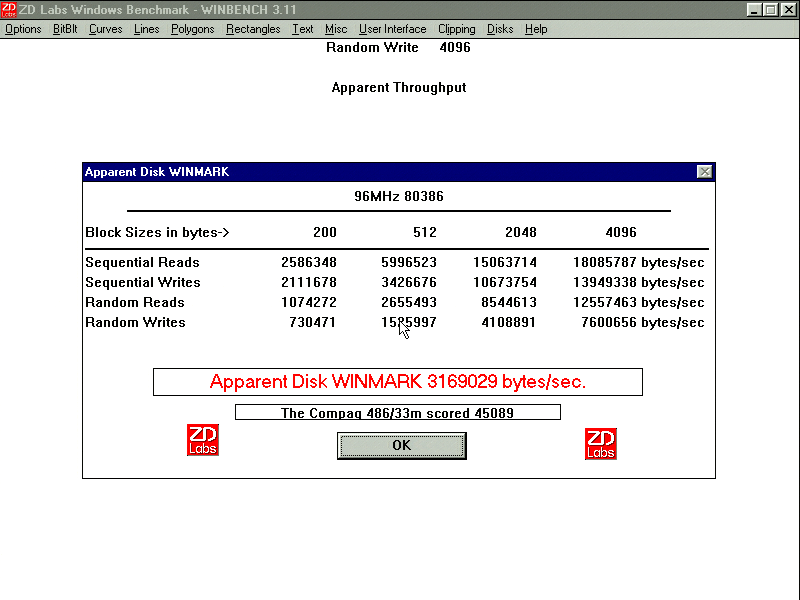 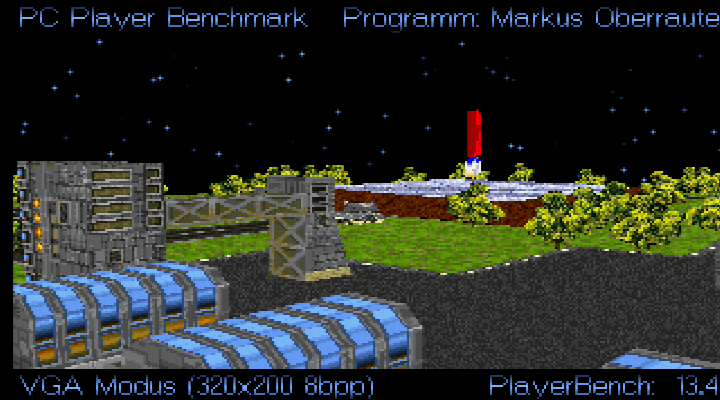 PC Player Benchmark with Turbo Off. 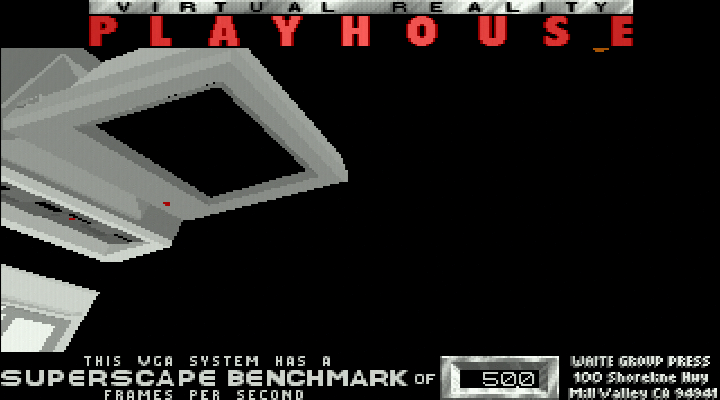 
The Nx586 CPU is internally a superscalar CPU that decodes first into micro-ops (RISC86) prior actual execution, like the Pentium Pro or AMD K5. The Nx586 implements as well two 16K-byte on-chip caches (Code/Data), dynamic branch prediction using an adaptive branch predictor, speculative execution and register renaming (22 physical registers). The core has three function units for integer with multiply/divide, integer and address generation. An interesting feature is that the CPU can also be fed with RISC86 instruction directly and it has a small area for loadable microcode to implement or replace opcodes.


My personal impression is that integer performance is notable better than a 486 at the same clock. Newer applications that require a FPU are not working (Quake, Windows 98 etc.). Compatibility problems occur mostly because more or less no program detects the CPU correctly. There is a tool that patches microcode in to add the CPUID instruction that the Nx586 appears as Cyrix 486DLC. This helps e.g. for games likes Duke Nukem 3D, but also for some drivers in Windows 95 (like Video decoders). DOS programs linked to PMode/W crash in plain DOS, but work when run from Windows 95. In some games it shows that the Nx586 performance drops considerable when unsuitable code is executed. (most likely reservation station stall) This shows e.g. in Duke Nukem 3D when inclined surfaces are visible fps drops to 14, whereas it is 30 to 60 fps in areas without.
I don't want to stress the issues too much as other CPUs had their own compatibility problems at that time. All the regular programs run, Windows 95 runs and even rather modern games (for the platform) like Diablo play very decent.
It was most likely as office computer a good alternative in 1994.